On deck this year we have plans for the following activities:

• Completion of 5 acres of new landfill liner – The network of plastic and low permeability soil layers and collection pipes protecting the groundwater underneath the landfill in a new cell.

• Upgrading our Leachate Treatment System – Leachate is primarily precipitation that comes into contact with waste. Subsequently this liquid must be treated to remove contaminants prior to discharge. SMI will be upgrading its 500,000 gallon storage tank, incorporate a new ultrafiltration process and building additional reverse osmosis (RO) capacity. Doing so reduces our carbon footprint, truck traffic and diesel emissions, while meeting our company sustainability goals.

In 2021, our odor control and landfill gas extraction crews increased the capture efficiency and reduced landfill gas emissions by 13%! Last year, our renewable energy partner, Archaea Energy (formerly Aria Energy), produced enough renewable natural gas equivalent to that of 22,000 homes – all of Seneca County and then some! 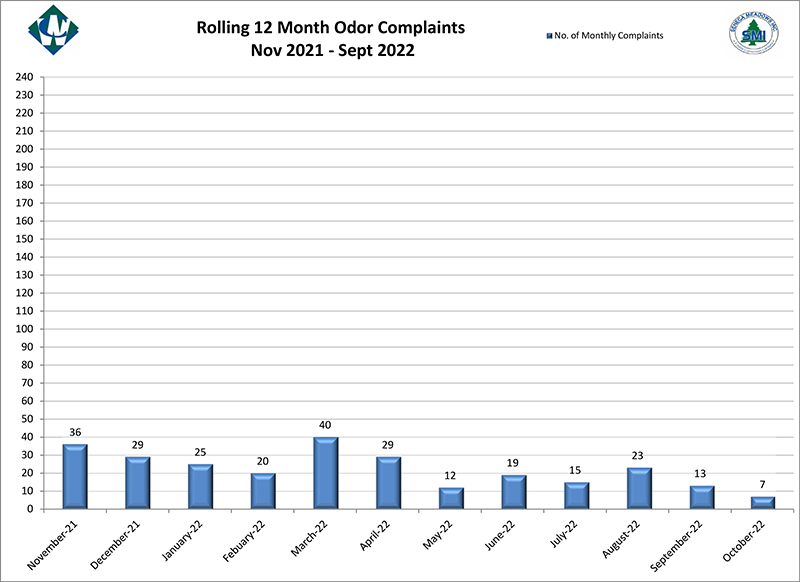 Our application with the NYS Department of Environmental Conservation (DEC) to utilize the middle area (Valley Infill) of the existing landfill footprint continues to be reviewed by the DEC. We continue to have a dialogue with the DEC to provide answers to their inquiries which will ensure design specifications and operational excellence.

• Seneca Meadows footprint will not change. Our long-term plans will not alter the current dimensions of the landfill.

• The area that will be developed will minimize the size of the operational areas and reduce the potential for dust and odor.

• The resulting approval will enable us to operate for an additional 15 years at the current tonnage limit within our existing footprint.

• No wetlands will be impacted and there will be no increase in noise.

Seneca Meadows, Inc. and Seneca Energy have developed a unique partnership that promises to cut annual energy costs for the Seneca Falls Central School District by $60,000 to $70,000. 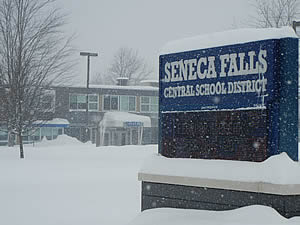 Seneca Falls School Superintendent, Bob McKeveny, said, “Given the current constraints to education funding, reimbursement of natural gas costs by Seneca Meadows and Seneca Energy is significant. The reimbursement of monthly natural gas costs will allow the District to continue exercising fiscal responsibility in meeting its core mission of providing a quality education to all Seneca Falls students. The District recognizes the significance of this contribution to offset annual costs and is appreciative of Seneca Meadows’ and Seneca Energy’s generosity. The District would also like to pursue natural gas options for school buses and sees this agreement as a means to pursue a lower costing fuel option for buses in the future.” 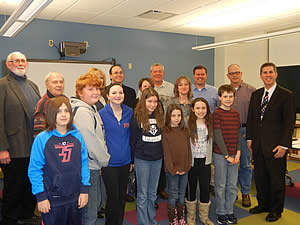 Don Gentilcore, Area Manager for Seneca Meadows said this about the partnership, “We are pleased to have the resources to develop partnerships that benefit our local community. This creative arrangement provides direct financial relief to the Seneca Falls School District and demonstrates how the development of renewable energy projects such as Seneca Energy’s are not only beneficial to the environment, but the local economy as well. We hope to continue to encourage more great relationships in the future.”

The Seneca Falls school District currently uses natural gas for heating and hot water in its four schools and its District office.

Whether landfill gas is burned as a fuel to generate electricity or refined into renewable natural gas, the results are the same: there is less pollution, because producing energy with landfill gas is a cleaner process than traditional energy production, and the end product (renewable natural gas) burns cleaner than fossil fuels. To learn more, visit our Gas-to-Energy page.

As described in the OWLeS website, lake-effect systems form through surface-air interactions as a cold air mass is advected over relatively warm, (at least partially), ice-free mesoscale bodies of water. The OWLeS project focuses on Lake Ontario because of its size and orientation, the frequency of lake-effect systems events (especially intense single bands), its nearby moderate orography, the impact of Lake Ontario lake-effect systems hazards in particular on public safety and commerce, and the proximity of several universities with large atmospheric science programs.

The OWLeS study will incorporate X-band and S-band dual-polarization radars, an aircraft instrumented with particle probes and profiling cloud radar and lidar, a mobile integrated sounding system, a network of radiosondes, and a surface network of snow characterization instruments

The study is funded, primarily, by the National Science Foundation. To learn more about OWLeS, visit their website http://owles.org. 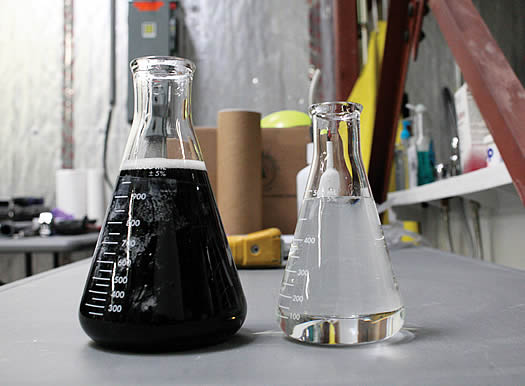 It’s pretty black and white: the effect of reverse osmosis on leachate, that is. The process involves high pressure filtration, which moves the leachate through multiple, semi-permeable membranes to remove more than 99 percent of contaminants. The results are as clear as the purified leachate, and exactly what we were hoping for when we installed our new reverse osmosis treatment system at our landfill site this fall.

For those of you who are new to our website, a bit of explanation may be in order. Leachate is rainwater that has contacted waste. In a landfill, the rainwater trickles down through the waste and is captured at the bottom by the liner system, and pumped out for treatment.

Typically, the leachate is trucked, or sent via pipeline, to waste water treatment plants, and until this fall, that’s how we managed our leachate. Due to the nature of the leachate, we were limited to the number of gallons we could send to the Seneca Falls treatment plant and trucked the remaining gallons to other, out-of-county treatment plants.

With the implementation of our reverse osmosis treatment system, the purified leachate is so clean that it could be discharged directly into a body of water. However, since Seneca Meadows lacks the infrastructure for direct discharge, we are now transferring nearly all of our purified leachate, through the sewer system, to Seneca Falls. This has resulted in a significant increase in revenue for the Seneca Falls Wastewater Treatment Plant, and has also eliminated up to 15 truck trips per day to out of county plants.

Our Area Manager, Don Gentilcore has this to say about our new reverse osmosis leachate treatment faciity, “This is a positive on many levels. We’re pumping more money into our local economy, decreasing our carbon footprint, and eliminating the discharge of untreated leachate through the Seneca Falls sewer system, while realizing long term operating savings. We’ve also bumped up our workforce with the new operator for the leachate treatment facility, and we were able to make use of an abandoned building on our site, which will increase tax revenue for the county.”

To view a video of the operation of a reverse osmosis leachate treatment system, like the one at Seneca Meadows, log onto http://vimeo.com/47055349.